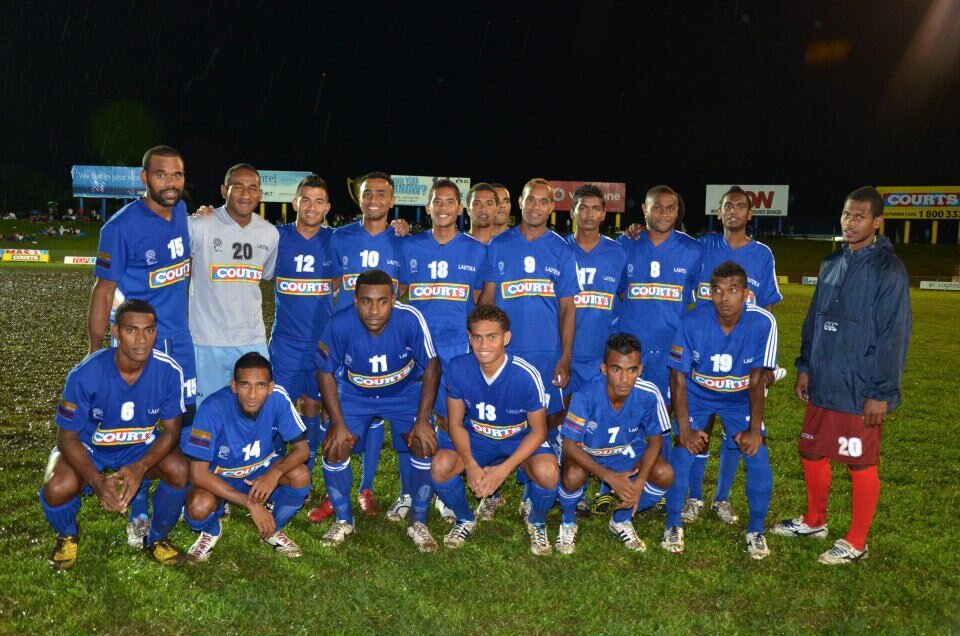 League season is over and IDC is approaching. The Lautoka team is getting ready for the 2012 IDC and hopes to have a good outing next weekend.

Earlier this week the IDC Squad was finalized. It has a mix of youth and experience. Players like Jone Sorolo, Valerio Nawatu, Simione Tamanisau, Arvin Naidu and Jone Vono bring the much needed experience, which will be useful in guiding youngsters such as Shiva Goundar and Aron Edwards.

Lautoka Football Legend Salesh Sami Bula is also back in training and is expected to be a key figure in our quest for the IDC Title which the Blues have not won since 2008. Foreigners Kenneth Onyema and Sota Yamazaki are also getting ready for their very first IDC.

Nigerian Kenneth Onyema who scored a great goal against Ba a month ago said he is fully fit and ready to go.

I thank the fans for their support and everything and we the blues will never let them down. said Onyema.

The Blues finished the League Season on high getting victories against Rewa and Labasa. In both those matches, Lautoka played with a very young squad, while the opposition, especially Labasa, had a team consisting of around 80-90% National Reps.

The man who made this result possible was former Interim Coach and Lautoka Football Secretary Reginald Goundar along with Team Manager Sudesh Bethel. A poll conducted among fans in Lautoka showed that majority wanted Goundar to continue as coach. Instead, for the greater good of the team, Goundar and the officials chose to bring back an experienced Lambart Sarju to guide the team in the IDC.

Reginald Goundar has been overseeing the training as well and has high hopes from the team.

We have a squad that is a mix of youth and experience and we hope this combination will work well for us.

The boys are putting in the hours in training and hopefully all this will pay off next week, said Goundar.

On the other hand Sudesh Bethel said that Lautoka should not be underestimated and that many of the younger players in the squad have the potential to become finds of the tournament.

IDC kicks-off next weekend at Bas Govind Park. We urge all Blues fans to go and support the team in numbers.