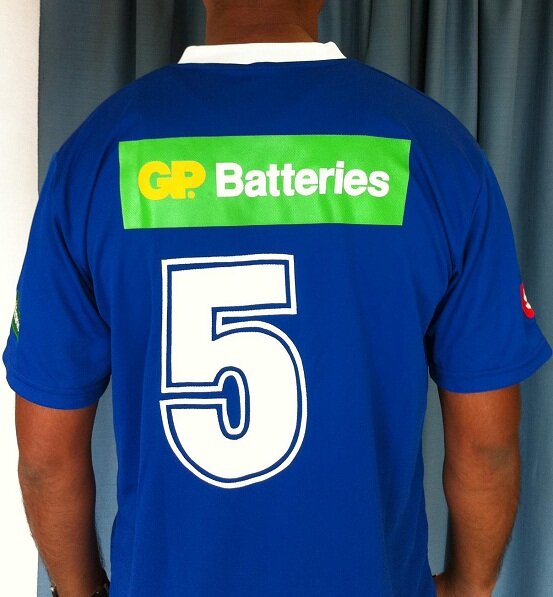 The Design Engineering Lautoka side defeated Tavua 4-0 at Churchill Park, Lautoka this afternoon. Two goals each to Captain Alvin Avinesh and Jone kaloutani was enough to down a spirited Tavua side.

The Design Engineering Lautoka side went into the match as favorites and did not disappoint the fans that turned up to witness the match. The match also marked a winning start to new Lautoka coach Ravinesh Kumar and new signing, former Nadroga rep Krishneel Dutt.

Ravinesh Kumar sent in a new look lineup for the match and the team clicked from the start and could have had a bigger score had it not been for the heroics of the Tavua goalie and the soggy and slippery pitch due to heavy rain during the match.

Alvin Avinesh put the blues into the lead through a penalty after Dave Radrigai was brought down in the box by the Tavua goal keeper. The blues dominated all aspects of the match with skilful passing and ball control.

Tavua, also with a new squad, had their chances but the blues defense lead by Krishneel held on and did not let the Tavua strikers go through.

Kaloutani scored the second and third goal after being set up by Nigerian import Hendry Uche from the left flanks. Hendry continued his fine form since joining the blues camp as his vision and skills were difficult to handle for the opposition. He was time and again tackled heavily by Tavua players resulting in Tavua being down by one man midway in the second half.

Lautoka lead Tavua 3-0 at half time.

The second half began on a slow note but slowly the blues gained momentum. Lautoka time and again took long range shots to take advantage of the heavy ground conditions but could not find the goal.

Defenders Noa, Kaloutani and Avinesh had their long range efforts denied by the Tavua keeper. However, towards the end, Alvin Avinesh increased the gap to 4 with a cleverly taken attempt.