Home >> About Us >> Developer's Message 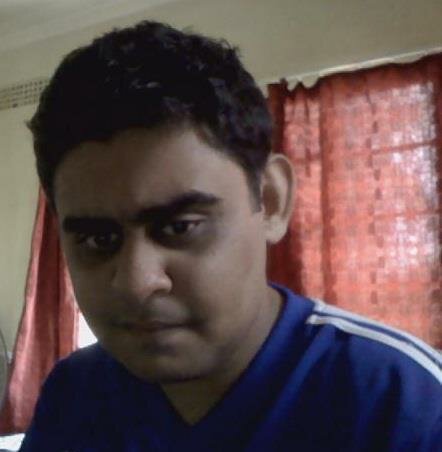 Welcome to the Official Website of the Lautoka Football Club. Its been almost 5 months since we went online and its hard to believe the success this site has received.

All credit for this goes to the fans for their undying support and also to the Lautoka Football Association for thinking outside the box and for doing something that has not been done before in our country.

Lautokafootball.com to this date remains the first and only sports team site in the country and probably in the South Pacific. We receive over 7000 visitors each week together with hundreds of Facebook comments and shares and not to mention all the interesting fan mail.

We became the first team in Fiji to have an official Facebook and twitter page which allowed us to reach out and interact with our fans like no one has ever done before in this country. Our fans got the chance to speak to us directly and voice their support as well as their concerns.

We also introduced the Annual Fans Choice Awards to further our fan interaction and let the fans decide on whom they want to crown as their best player of the season. The response to this was overwhelming.

Because of all this support we decided to give the site a makeover. Something that matches international standards. We took in all the suggestions sent to us and incorporated it into our new design.

We have updated all the sections of the site with new and updated information and photos. We have added some new interactivity features which allow fans to directly comment on articles from within our site. Also sharing content has become even easier with the tweet and Facebooks like button incorporated directly into our site.

We have also tweaked the overall layout and structure of the site to make it more user friendly and to help you easily find the content you are looking for.

As far as content goes, we will continue to bring you the latest news directly from the source with exclusive interviews, comments and photos. The main asset of our site remains our content and It may surprise many but our content is also read by top media organizations like the Fiji Times(Fijis National Newspaper) and FijiLive. Both have published our content on their sites and publications. Our only request is that we be acknowledged for all the usage of our content in the future.

2012 is upon us and fans can rest assured that we will continue to bring you everything and anything related to the blues faster and in greater detail than anyone else.

Finally I want to thank Mr. Shalendra Prasad and his group of executives for keeping an open mind and for allowing us to do something for our fans and affiliates.

A special thanks also goes to Maika Kasami and the team of City Star for working closely with us in helping promote the site.

Optimus Fiji is proud to be an official sponsor of LautokaFootball.com. Go Blues!