LautokaFootball.com today(28th August,2012) completes one year. It has been a wonderful year and the first of many to come. 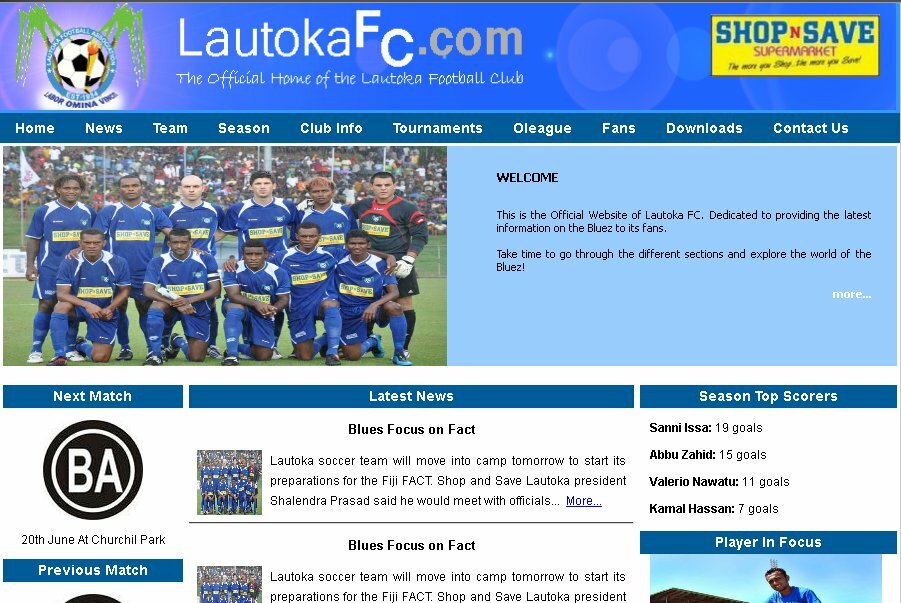 It's hard to believe one year has gone by. In this one year lautokafootball.com has become the most successful team website in the country and probably in the Pacific region.

The credit for this success goes to our fans for their support and also to the management of Lautoka Football Association, in particular Mr. Shalendra Prasad(President) and Mr. Reginald Goundar (Secretary), for being open-minded and supporting something that puts us on par with any professional football club.

The website was launched at a time when the team was not performing particularly well and after a poor run in the 2011 B.O.G we were all skeptical as to how the public would respond to this. To top that off the NSL match with B.O.G Champions Rewa was chosen as the launch date.

The match started and we were all nervously hoping for a respectable score line from a young blues lineup. To our surprise the boys lived up to the expectations and beat Rewa 5-1 giving the website a perfect launch. Not to mention Fiji's No.1 Soccer Commentator Raymond Stoddart himself coming to launch the site. 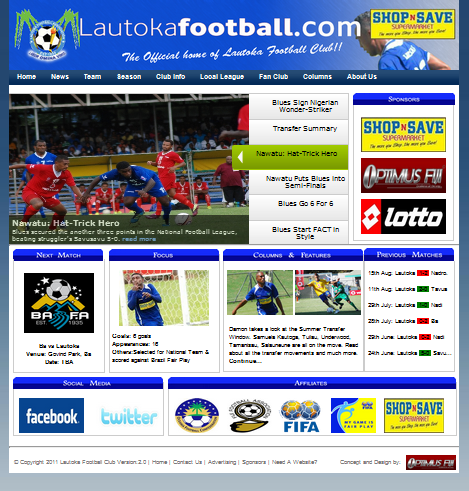 We can proudly say that was also the day that paved the way for many younger local boys to get a chance with the senior team as the spectacular performance by the youngsters(Edward Aaron, Deepak Raj) on that day was one of the main reasons for the switch in policy.

The site has completed one year and will continue to run for years to come bringing you more exclusive coverage like never before. There have been times when we have not been able to update the site regularly and this is mainly due to the fact that our core team is based in Suva and it can sometimes become difficult to coordinate on a daily basis what goes on in Lautoka. Nevertheless we will try our best to improve and continue bringing you all the inside scoop.

We would like to thank our sponsors Shop N Save and our media partner City Star for all their help in promoting the site. Running LautokaFootball.com is a team effort and everyone part of the team works free of charge. Our team consists of Asif Ali(Content Contributer and Statistician), Rajneet Harish & Shabnil Chand (Graphics Designers).

Recently Lautoka Football Association has launched its own SMS Channel to which fans can subscribe and get the latest info directly to their mobile phones. In the coming year we are planning an ambitious project to launch our own Android App but it all depends on the availability of the team members.

We are proud to be the team that innovates and utilizes technology to stay in touch with its fans! Thank you again to everyone involved with this from the fans to the players and our sponsors(Shop N Save & Optimus Fiji), without you this would have never been possible. Go BLUES!!