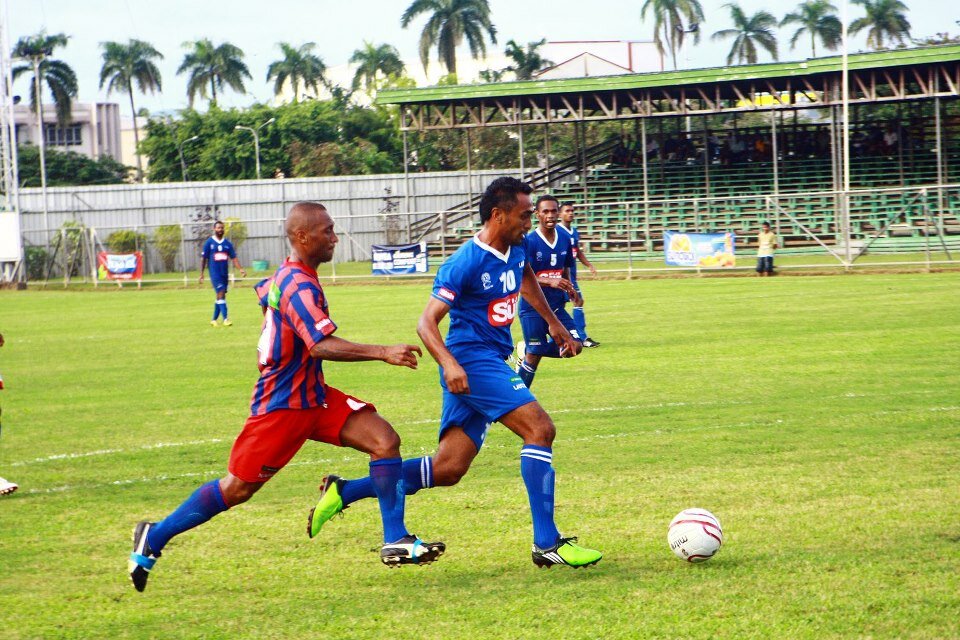 The Shop and Save Lautoka side put up a strong second half performance to bring down the high flying Navua side at Lawaqa Park this afternoon.

The goals came through the boots of Arvindra Naidu and Central College student Leisari Qalica. The win also gives hope to the coaches as they will be at the blues helm for the next couple of matches.

The win gives a clear indication of what the coaches are working on in the training sessions. The blues remain unbeaten in their last 3 matches now.

The win against Navua has taken the team to 5th position with 8 points, ahead of Navua who has 6 points but with 2 games in hand and 1 point behind Labasa who also has a game advantage over the blues.

Lautokas next match is mostly likely to be against pacesetters and in-form national league leaders, Nadi.

In other news, Alvin Avinesh and Peni Finau are back in training with the blues since last week. However, they are still not cleared to play for the blues as of yet because they had applied for their releases in the transfer window earlier this year. And according to the president, these players might not feature for the blues as he had stated in the beginning that players wanting release will not be allowed back.

Alvin has to first clear a fine of $5000 with Fiji FA and Peni has disciplinary case issues which he needs to clear first before him and Alvin can be considered for the starting lineup.

Rugged defender Semesa Nikosea has been given the green light to feature for Ba. Fiji Football made this ruling in their BOC meeting. According to Fiji FA, Nikoseas contract had expired with the blues and the $10000 transfer fee was invalid.

In other results, Ba defeated Suva for a third time this year, 3-0. Nadi maintains its lead on the league table with a sound 3-0 win over Tavua. An Ilisoni Logaivau effort was enough to down a spirited Savusavu side 1-0. James Naka scored his first goal this year as Rewa defeated Nadroga 1-0.