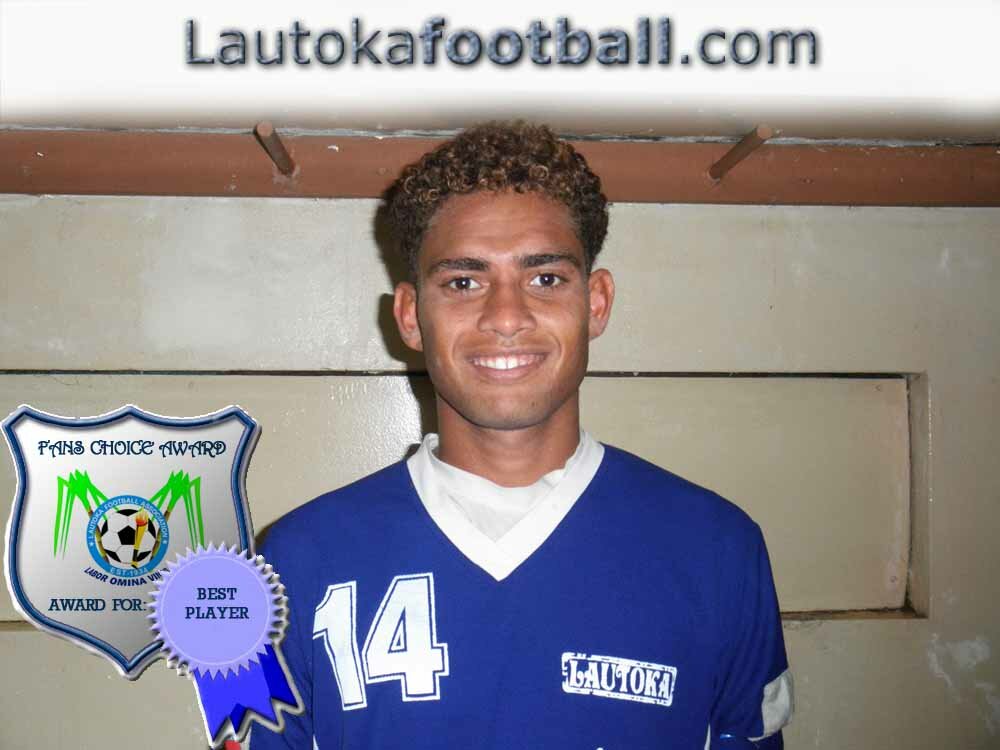 The inaugural LautokaFootball.com Fans Choice Awards has come to an end. The fans have spoken and the votes have been counted.

We received more than 1000 votes from fans all over the world. There were 5 categories in which fans could vote and this included the best player, best debut, best match, most shocking moment of 2011 and the feel good moment of 2011.

2011 was the year in which so many local youngsters debuted with the senior team. Two players in particular who shined were Jone Kaloutani and Mitieli Namuka. Namuka played almost all the matches in the IDC while Jone Kaloutani also dazzled with his great performance especially in the last home league match against Ba where he was announced Man of the Match by Raymond Stoddart. With these twos impressive performance last season, it was clear that the best debut award will go to either of them. Namuka received 48.9% of the votes followed by Kaloutani who received 24.8% of the votes.

Talented young striker Edward Aaron received 16.1% of the votes and the category was rounded off by Deepak Raj who received 10.2% of the votes. 2012 will definitely be the year for these youngsters as the team will depend heavily on their services.

The best player category was the most evenly contested category. Central High School Captain and Lautoka FC Central Defender Poasa Bainivalu edged out veteran Leone Vurikania to win the best player award. He was praised all throughout the season by the fans, his coaches and the commentators alike. Probably this is why Hekari United came knocking for his services.

The best match award went to the Second Round National League match between Lautoka and Ba held at Churchill Park. The fans that attended the match got to see a true spectacle. A young Lautoka Team beat Bas Oleague Squad with a spectacular goal from Arvindra Naidu.

The margin could have been even wider had the likes of Abbu Zahid not missed the many goal scoring chances that were created. Lautoka proved that they deserved to play in the Oleague and not Ba after Lautoka was stripped of the League Title and the Oleague spot earlier in the year. The Lautoka vs Ba match received 78.1% of the votes and was an all out winner.

Another interesting category was the most shocking moment of the year. The winner in this category is the infamous exit of Lautoka from the 2011 IDC. Roy Krishna did play acting and convinced the referee to award him a penalty even though he went down outside the penalty area. This moment received 54% of the votes. Players and Fans alike were all frustrated with that wrong decision which cost our young and promising team the IDC title.

Finally, the feel good moment of the year was when Lautoka beat Bas Oleague Squad in front of a packed Churchill Park. This moment received 73.7% of the votes and was the all out winner in that particular category.

LautokaFootball.com would like to thank the fans for their support towards the fans choice awards. Next year we promise to make these awards even bigger as we will try to reward the winners with specials gifts and prizes.