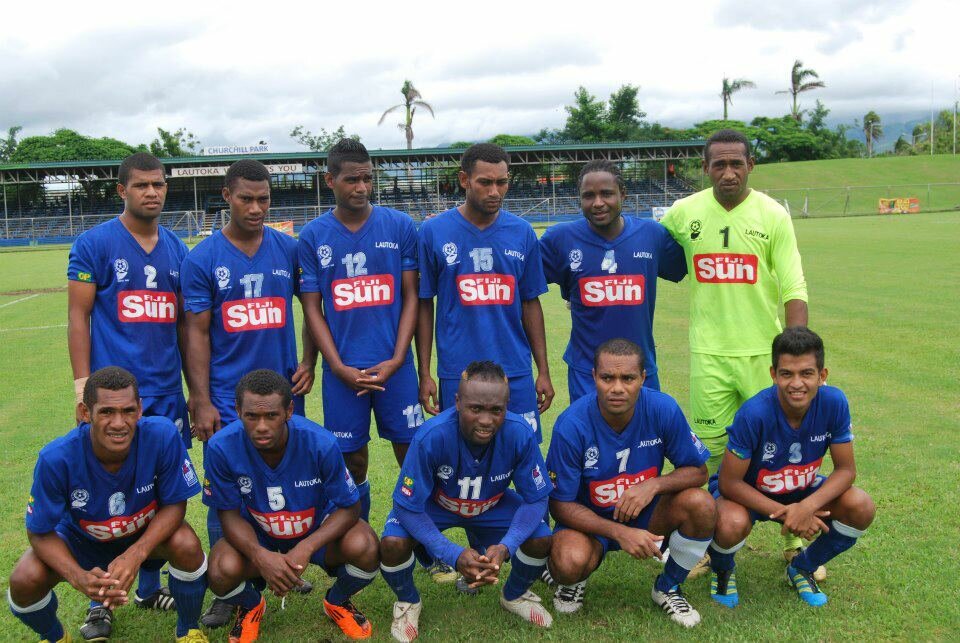 After a string of disappointing results, the SHOP N SAVE Lautoka Team finally returned to winning ways by trashing fellow westerners Tavua by 6-0.

The match also marked the debut of Ali Chigozie Anthoney and Asonibe Henry Uche who are both from Nigeria. Anthoney scored twice while Uche scored once in their first match in the Blue jersey.

They recently joined the blues and said that they love Fiji and the people of Lautoka. They hope to score more goals for Lautoka in the coming matches.

Blues have been known for discovering and bringing in good Nigerian Players. One of the top players in Fiji at the moment is Sanni Issa who was discovered by Lautoka. Recently we acquired the services of Kenneth Oneyema who has scored some vital goals for us including a goal in the western derby with Ba last season.

This season we hope that Anthoney and Uche will continue with the trend. Anthoney talked exclusively to LautokaFootball.com and shared his views on the Tavua match, the season ahead and much more.

He started off by thanking the fans for their support saying that he  loves Lautoka and the people and without their support he wouldnt have been able to do so well.

Lautoka is a beautiful city, the weather is great and the people are all very nice and supportive.

I will try my best to make the fans proud and to do justice to the blue jersey, said Anthoney.

He said that team work was the key to climbing the ladder and improving after a poor start to the season.

You can catch Uche and Anthoney in action against Rewa this weekend.